Coffee Farm as a Summer Camp 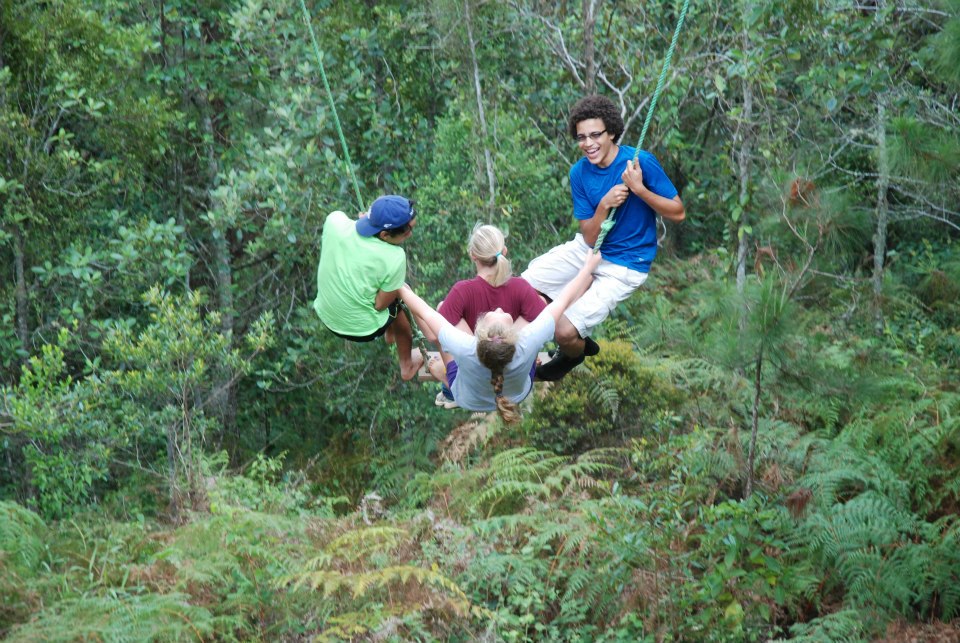 This story is the third in a series of 4 blog posts on the different ways we’ve utilized Spirit Mountain Coffee Farm.

Several years ago, friends of ours from Santo Domingo were sharing that they were looking for a summer camp for their kids, but the prices in the United States were out of their league.  Overnight camps in the US average at $1000/week per child.  They wanted to send their kids to a camp to encourage adventure and immerse them in the English language.

An idea occurred to me and Chad to combine these two needs into a wonderful opportunity:  create a summer camp for Dominican teenagers and run by high school and college students from the United States.  We called it Camp Discovery.

For three summers, we partnered with Young Life/Vida Joven and churches in the U.S. to create a unique experience.  The U.S. church would provide the speaker, activities, and worship.  Plus, every person they brought would provide a full camp scholarship for a Dominican teen (if needed).  Dominican teens were recruited from Jarabacoa as well as across the island.

Week 1 was launched at Pico Escondido, the Young Life camp that we helped start in 1999.  It was an ideal place to kick off the camp.  Dominican teens were fascinated with their new friends from Texas and the Texans were reaching far back into their brains to remember any Spanish they’d learned in the past.  It was beautiful watching teens from two vastly different cultures seek to connect.  The Texas teens led games, music, and cabin time while the Texas youth pastor delivered the message (via a local bilingual youth pastor).

Week 2 was held at Spirit Mountain Coffee Farm.  Again, a Texas church partnered with us to lead activities and teaching.  At the farm, we introduced Dominican teens from Santo Domingo to downhill mountain biking, rappelling, and paintball.  For the Dominican teens, it was their first time to camp out under the stars.  We even spent an afternoon swimming in a nearby waterfall.  For one wonderful week, life slowed down and these teens learned how to play again.

Week 3 was a weeklong excursion to Pico Duarte, the island’s highest peak at 10,164 feet.

It was a joy to host Camp Discovery at our coffee farm.  To witness teens mountain bike through the coffee plantation and rappel high above the coffee canopy. To see our farm transform into a paintball war zone.  And to watch as we were all restored and renewed when we spend time in God’s great creation.